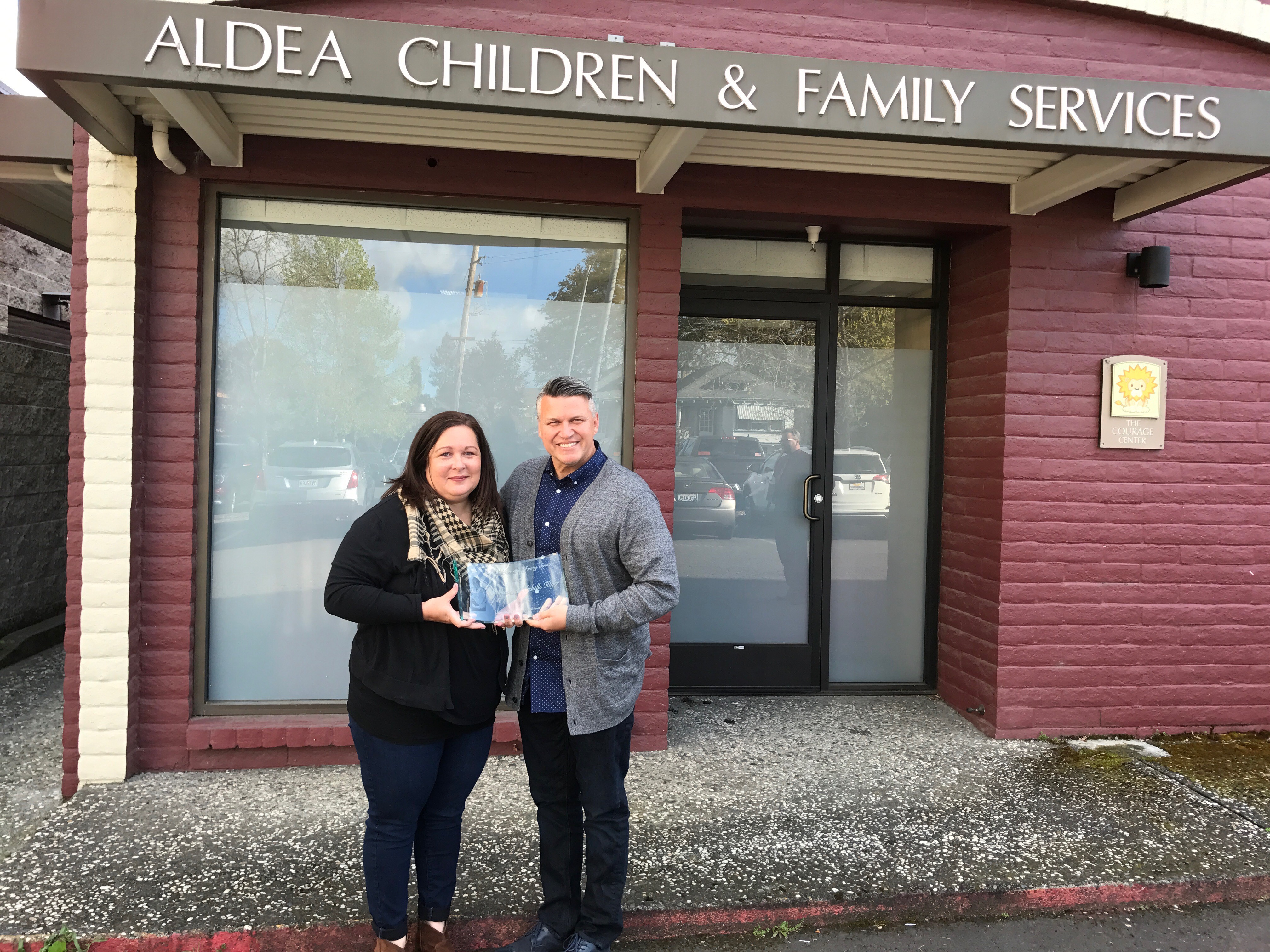 Aldea is proud to announce that longtime resource parents Steve and Michelle Kiefer were given the Allen Ewig Champion of Children Award for their outstanding, compassionate love for, support of, and service to, foster children. The Allen Ewig Champion for Children Award was created in memory of Aldea’s beloved, longtime director, for which it is named. Ewig was a passionate leader who believed strongly that children in need deserved the best treatment available to help them heal. Aldea decided to create an award that bears his name to honor people who share his passion and who go above and beyond on behalf of children.

The Kiefers adopted their first child in Florida in 1998. The Kiefers grew their family again by adopting twins and another child before moving to California in 2004. In an effort to support more children in need, the Kiefers began to research resource family agencies (formerly called foster parent agencies) in the Solano, which led the Kiefers to Aldea. They became resource parents (formerly called foster parents) through Aldea in 2013 and provided foster care resources to several children, which led to the adoption of their fifth child in 2016 and their sixth in 2017. In addition to their commitment to serving as resource parents and to adoption, the Kiefers have committed themselves to bring awareness to the need for resource families in Napa and Solano counties. By sharing their experience, Michelle and Steve have convinced several other families to become resource parents through Aldea, resulting in many children having safe, stable homes. Several of these families have also adopted children through the foster care system. “Steve and Michelle are committed to providing every child who enters their home with a safe, loving, and nurturing environment to heal and thrive. Their passion for helping children is what Aldea has been about for the last 45 years,” shares Mark Bontrager, Aldea Executive Director.

A beacon in the community for the last 45 years, Aldea Children & Family Services improves people’s mental wellbeing so they can strengthen their relationships and become engaged in the community. Through critical mental health, treatment foster care, adoption, and support services, Aldea helps more than 3,900 people annually in Napa and Solano counties who face obstacles to accessing and receiving effective treatment.